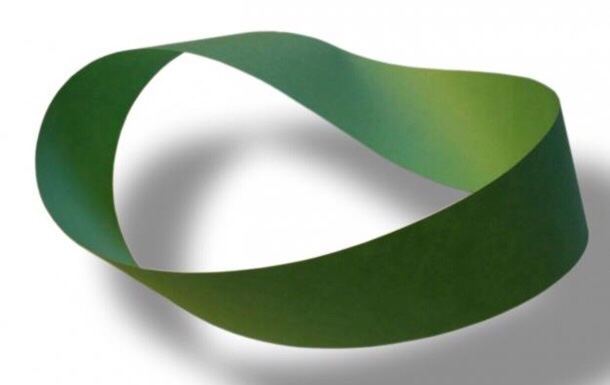 The first part of this piece of micro-fiction is a set of instructions: “Cut on dotted line. Twist end once and fasten AB to ab, CD to cd.”

The resultant narrative is perpetual and circular, forming a Möbius strip which seemingly has no real sense of beginning or ending. 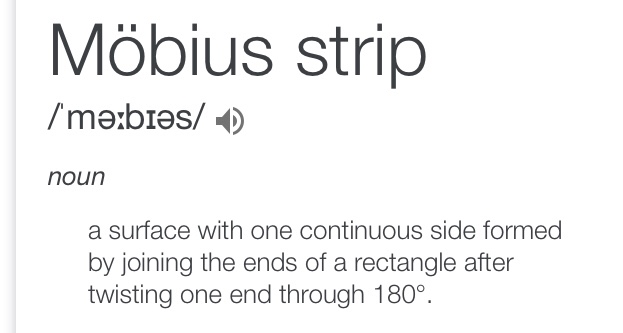 The cycle of school life across an academic year and the process of school improvement can occasionally feel like a journey around a Möbius strip.

You think you’re starting in September, the beginning of an academic year, but much of the narrative has been set up well before this during the previous circuits around the twisted loop. Traditions, systems, expectations, habits, processes: many of these things are well (or poorly) established prior to the start of September.

As you go around the cycle of the year, you spot things you’ve seen previously: from school performances to sports days, from students in heightened state of focus brought on by being in the midst of the exam period to students leaping in the air as local news hacks take photos on their results day.

In less structured, less organised, worse led schools, progress around this circuit can be frenetic, stressful, as if you’re lost in the funhouse. You may know what’s coming next, but what’s coming next is frightening – there may also be the occasional nightmarish surprise which will raise your blood pressure to disastrous levels.

A far more pleasurable journey round the Möbius strip can be found where there is clarity, coherence and consistency around attendance, behaviour, curriculum, teaching, assessment, pastoral structures and extra-curricular opportunities. Where these expectations, systems, routines and habits are not established, it can feel like initiatives are being hurled at you in an attempt to knock you from the circuit of the strip. Where they are in place, there is clarity in the purpose for and the shared ways of working. This allows systems and structures to be enhanced, amended or reformed each year without causing confusion and panic. Importantly, they can then have a far more positive impact on the people making their way around the circuit.